Me: The Vagrant, by Peter Newman.

Stranger: So what’s it about.

Me: (Standing, shouting as the lights in the coffee shop flicker, and smoke roils from the back room to curl ominously around my ankles) IN A WORLD TORN ASUNDER AND RESHAPED BY DEMONIC FORCES, A LONE NOMAD WANDERS THE APOCALYPTIC WASTELAND ON A DESPERATE QUEST TO PRESERVE THE PRECIOUS LIFE OF A NEWBORN CHILD.”

Me: ALSO, THERE’S A GOAT. (Drops coffee on floor, marches out. Returns a moment later to retrieve laptop and clean up the coffee, cause I’m a boss but also mad polite)

If you haven’t yet guessed, I’m a big fan of Peter Newman’s The Vagrant, which is unique not only because the setting and story are so appallingly cool (Necrotraders, anyone?), but because its protagonist begins a mystery and remains so for the entire novel.  In many books, we not only hear every word our characters speak, but are often privy to their innermost thoughts as well.  Not so here.  The Vagrant himself is mute, and there is no internal narrative at all, only a series of  enigmatic backstory chapters sprinkled throughout, so that by the time the book winds down you’re fully caught up to speed.

As I read The Vagrant I was struck over and again by a single thought: how hard must this book have been to write?  Not only is it written in the immediate tense (he says this, she lifts that, etc.) but did I mention the main character is MUTE?  Do you know how much dialogue fills a normal book?  You there–in the back.  Yes, that’s correct: a fuck-ton. To write an entire novel with only the sparse words of side characters to colour the story is something many long-established writers would be loathe to attempt, never mind that this is Newman’s debut novel.  Kudos as well go to his agent and editor for taking a chance on what is not at all a conventional novel.

That said, it’s obvious from the get-go that Pete can write.  The prose is descriptive without being verbose, sparse when it needs to be, and Newman uses commas like Michelangelo used nudity to decorate the Sistine Chapel: frequently, and with aplomb. 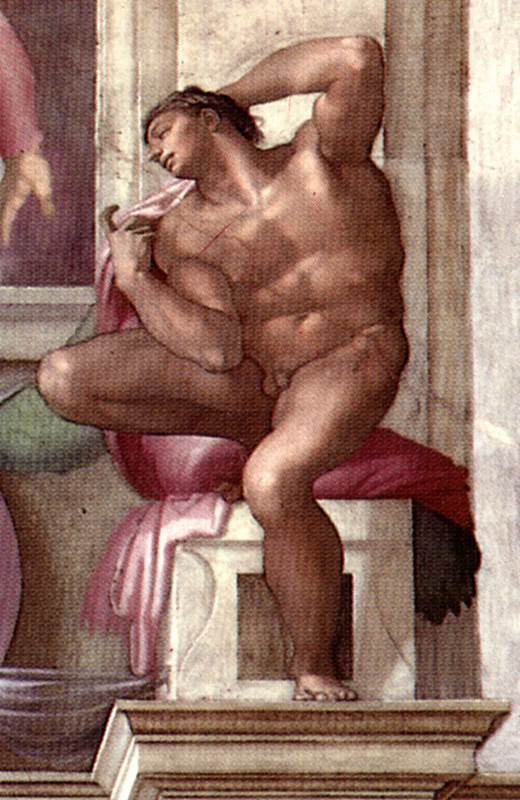 There’s also a fair dose of alliteration and evocative analogies to be found, like in this snippet here:

“Soon, voices call out: exaggerations and lies masquerade as hope. Others join them with offers and bargains. Unbeatable prices for the belongings of the beaten.”

Disclosure: I read while walking, and this line prompted me to laugh, look up, and mutter, “Unbeatable prices…Belongings of the beaten…fucking wow.”  Only to start reading again and find it followed by this:

“People spill like vomit into the streets, congealing into crowds.”

Boy oh boy, how I wish I’d thought of that one first.  Alas, my quest for the perfect puke analogy goes ever on…

Another well-crafted line went as follows:

You’re killing me, smalls!  And the whole damn book is filled with efficient, effective sentences like the one above.

Bottom line: if you’ve read this far you’ve officially wasted your time–you could be, like, three pages into The Vagrant by now.  Is it possible a book without a surplus of dialogue isn’t your cup of tea?  Sure, maybe, but you really should give it a try.  There’s been a sequel recently released as well, called The Malice, which looks at a glance that it would read just fine as a standalone story.  It’s on my to-read list, for sure.

As The Vagrant should be on yours.